Few families have as long, as close or as distinguished an association with west of Scotland shipping as the Sinclairs, so the Club was privileged to have Lawrie Sinclair as speaker for its February 13 meeting at Jurys Inn, Glasgow. 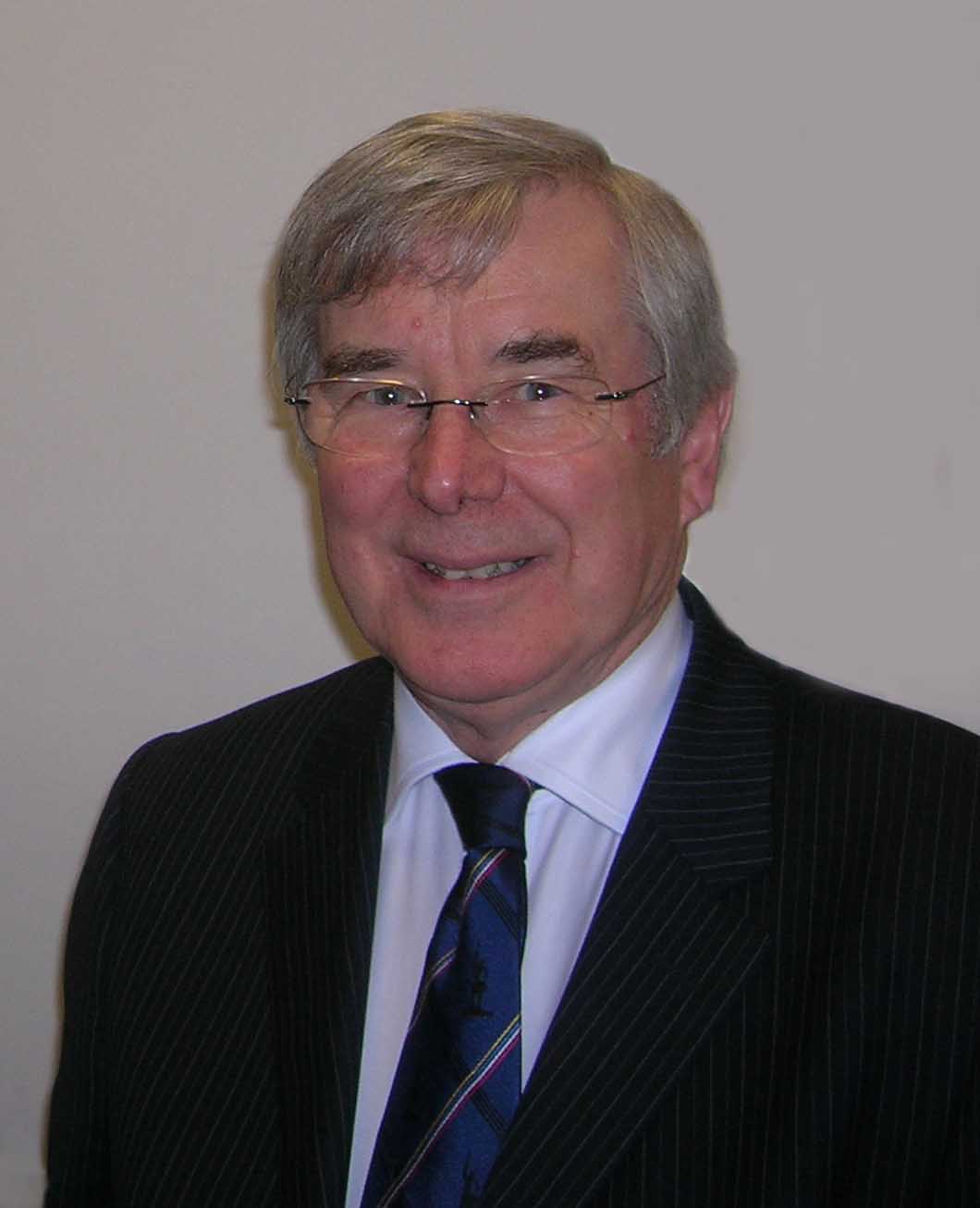 Lawrie began his career as a ship’s draughtsman at the Ailsa Shipbuilding and Engineering Company at Troon, and has held senior managerial roles with James Lamont, Garvel Dry Dock, Ailsa Shipbuilding and Engineering Company, Caledonian MacBrayne Ltd and David MacBrayne Ltd. Now retired, he is a member of the board of Waverley Excursions Ltd.
His father George served as marine superintendent of the Caledonian Steam Packet Company in the 1950s and 1960s, and was later CalMac executive director. Lawrie’s grandfather, William Lawrie Sinclair, began his career on a Clyde-based sailing ship, rounding Cape Horn several times before the First World War. He later became London-based chief marine superintendent of the LMS. So the title of the talk, “The Sinclair Dynasty”, was entirely appropriate.
The story began in Caithness in the 1840s with the birth of William Sinclair, Lawrie’s great great grandfather. A dry stane dyker, he came to Ayrshire to work for the Marquis of Ailsa. His son, George Sinclair (Lawrie’s great grandfather), was a pub owner and local councillor in Stevenson. The shipping connection began with the birth in 1892 of William Lawrie Sinclair. On leaving Irvine Royal Academy in 1909, he joined Thomas Law, a Glasgow shipping company, as an apprentice on the square-rigged sailing ship Clackmannanshire. 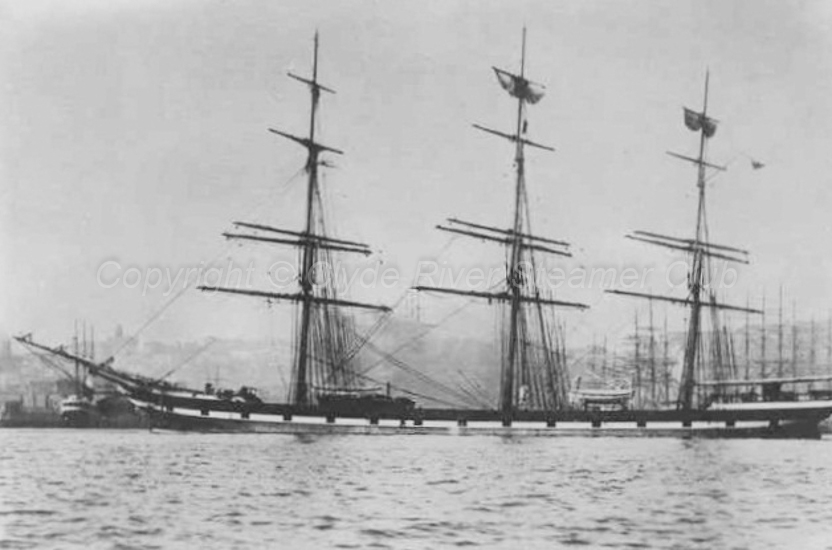 Clackmannanshire
Leaving Glasgow on 10 August 1909, he sailed to Antafagasta, Chile, and did not return to the Clyde until October 20 the following year: the trip earned him the princely sum of £5 18s 8d. His second voyage, from the Clyde to Vancouver, took 126 days, three weeks of which were spent rounding the Horn. This time he was away for a total of 707 days, part of which was spent crossing the South Atlantic and rounding the Cape of Good Hope to east Africa.
During the First World War William Lawrie Sinclair served on submarines in the North Sea. After the war he joined the Anchor Line, working his way up from 3rd mate of the Vitellia in 1918 to master of the Italia in 1922.
Italia leaving the Clyde to be broken up
He became the company’s marine superintendent in 1926, based in St Vincent Street, Glasgow, and joined the LMS in 1934 as marine superintendent for vessels sailing from Holyhead, before graduating to London-based chief marine superintendent for all the company’s vessels (1937-52). He retired to Saltcoats, joined the Glasgow Cape Horners (a club for seafarers who had sailed round the Horn in sailing ships) and died in 1958.
Lawrie’s father George, born in 1918, was educated at the Glasgow Academy and apprenticed as a cadet in 1933 with the Henderson Line, sailing on the Mandalay and the Burma among others. During the Second World War he was a midshipman on HMS Isis, saw action at Dunkirk and in the Atlantic, and was awarded the Distinguished Service Cross for his part in opening up supplies to Tobruk, scene of one of the biggest North African confrontations between Allied and Axis forces. Lawrie recounted how, while leading three landing craft into the port, his father had found an Italian U-boat in their midst and “although badly wounded by shrapnel in his back and arms – he carried 40 bits for the rest of his life – he turned his craft on the submarine and rammed it.” George Sinclair volunteered for the newly formed Royal Naval Commandos, became a member of the elite Combined Operations Pilotage Parties and served on HMS Maidstone, based in Malta, and on the submarine Unruffled, undertaking reconnaissance of the beaches of Sicily for possible landing sites. He won several decorations for gallantry, including the Distinguished Service Order and a letter of commendation from Lord Mountbatten.
After the war he obtained his master’s certificate with the Henderson Line, serving on the Kanbe, Salween, Prome and Pegu on the Burma trade, with one voyage taking him from Rangoon to Vladivostok.
In 1948 he became British Railways’ assistant marine superintendent for Clyde, Forth, Kyle of Lochalsh and Stranraer operations. In February 1949, when the Marchioness of Lorne grounded off Kilcreggan, George’s actions averted what could have been a total loss of the vessel, as a result of which he received commendations from the Railway Executive in London. 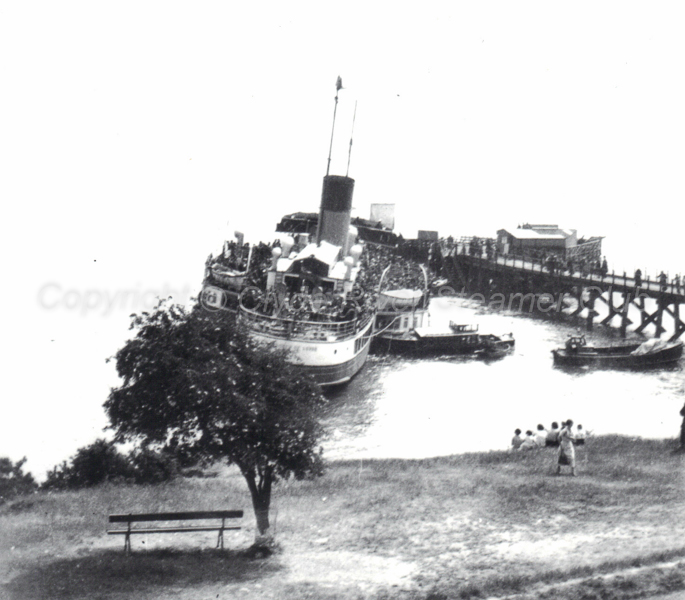 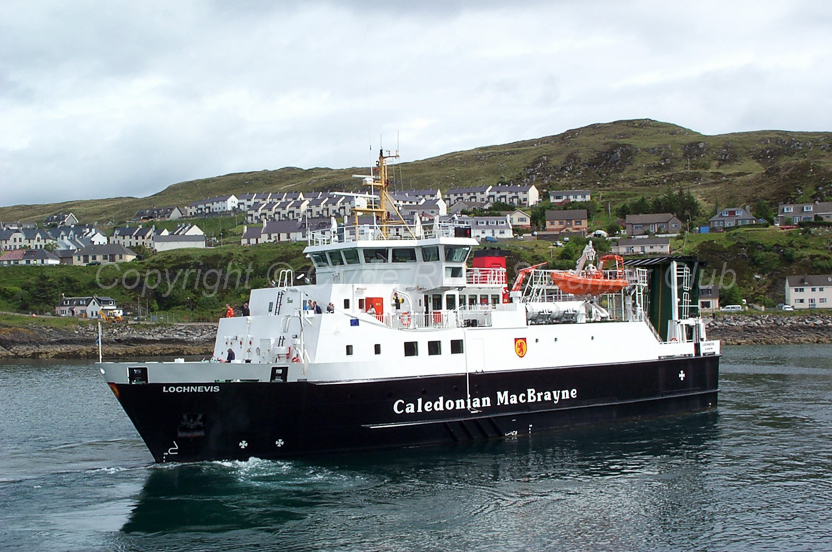 In November 2000, a month after handing over CalMac’s Small Isles vessel Lochnevis to her owners, Lawrie received a phone call from Harold Mills, chairman of CalMac, inviting him to become managing director on a temporary basis.
When the job was advertised the following March, Lawrie applied. He admits to having been nervous at the formal interview, about which he didn’t remember very much – “except the chairman asking me what was wrong with CalMac. My reply was that it was about 30 years behind the times: no financial information, head office weren’t always acquainted with what was going on in the network, it was too centralised and we needed to look after our staff and customers, which we were not doing.” Far from being put off by such straight talking, the board were impressed and Lawrie was confirmed in the job. “Thus started one of the most rewarding parts of my career.”
Lawrie’s period with CalMac encompassed a succession of crises on the Stornoway run, as well as the introduction of the Hebrides, the Coruisk, the Loch Portain, the Loch Shira, the Bute and the Argyle. Referring to these last two, he said CalMac was keen to fit Voith Schneider propulsion units. “However, the hull design did not lend itself to the weight of the Voiths or their size forward and aft. Voith did not come up with a suitable hull form. The only alternative was 360-degree Azimuth thrusters.”
These had previously been fitted to the Coruisk with disastrous consequences: soon after entering service she had lost power and run onto the beach at Mallaig, losing a propeller in the process. But by the time the Bute was being planned, the manufacturers had designed a slipping-clutch arrangement which stopped the slowing propellers from stalling the engine, thereby circumventing the problem that had caused the Coruisk’s mishap. Lawrie explained that, due to savings made by fitting Azimuth thrusters, CalMac was able to install stabilisers on the Bute, giving greater comfort to passengers.
As for the Argyle, he revealed that CalMac wanted to increase her classification to Class 3 so that in emergencies she could operate south of the Cumbraes – a move that would have entailed fitting a double bottom, better fire detection and other minor items. “This was turned down,” he said, “as certain members of the government thought we were correcting mistakes made on the Bute – which was far from the truth.”
Lawrie also revealed that since the introduction of Sunday sailings from Stornoway on 19 July 2009, they have become the busiest sailings of the week on the Lewis run.
When the dormant David MacBrayne Ltd was resurrected in 2008 to be the holding company for CalMac Ferries and NorthLink Ferries, Lawrie was appointed chief executive for the start-up period. He rounded off his talk by describing his 10-year association with Caledonian MacBrayne and David MacBrayne as “a privilege”.
In his vote of thanks, Graeme Hogg spoke of a “fascinating career” and a “fascinating family”. Lawrie’s account of the Sinclair dynasty had not only provided insights into the minutiae of shipbuilding and ship operations over the past century, but had included much information that was new to Club members – around 100 of whom were present to accord Lawrie a most enthusiastic round of applause.
Lawrie very kindly provided all the images from his presentation to allow a selection to be used for this report on the website.  Images have been incorporated within the text of the report as appropriate but the selection of images below were also of interest. All the images in this report are now the property of the Scottish Maritime Museum. 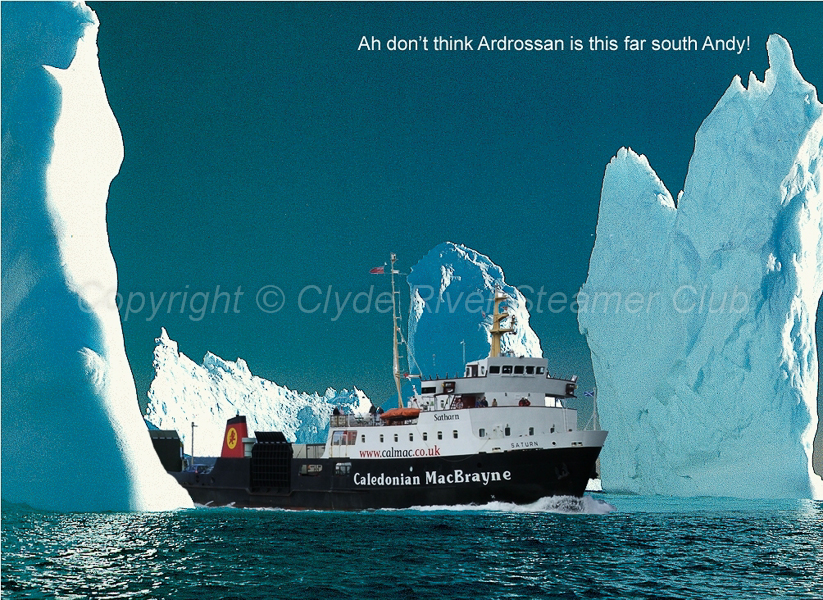 A personal favourite of the webmaster was this image of our old friend Saturn in a very unfamiliar setting!
We use cookies on our site to improve your experience. By continuing to browse the site, you are agreeing to our use of cookies. Accept Read More
Privacy & Cookies Policy