The Cowal Highland Gathering, or Cowal Games as it is perhaps better known, is traditionally held on the last Thursday, Friday, and Saturday in August. This year, ferry enthusiasts and the travelling public alike waited to see how ferry services to Dunoon would cope with the influx of people visiting Dunoon for the event, following the demise of the town centre to town centre car ferry service from Gourock at the end of June. 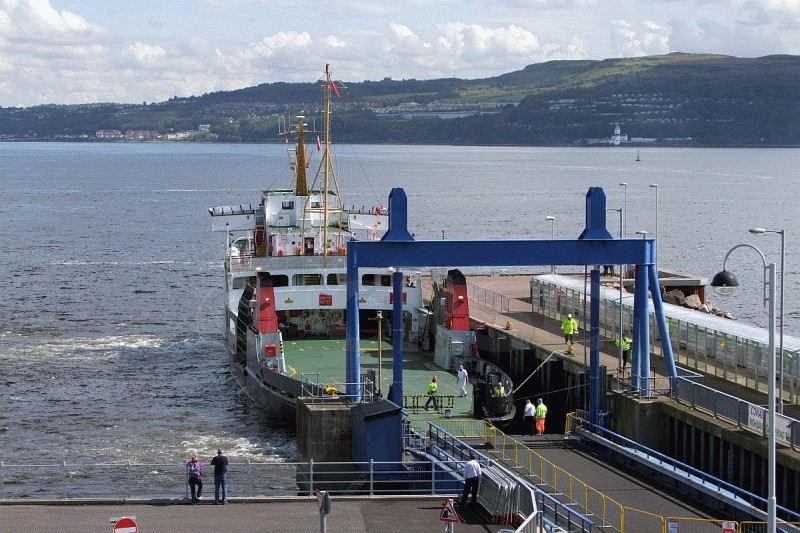 Argyll Ferries, the new operator now running a passenger-only service with ALI CAT and ARGYLL FLYER, arranged to augment their sailings for one day only, by utilising CalMac’s SATURN. She carried out berthing trials at the breakwater berth on Thursday 25th August, her first visit there, having come upfirth during the break between her morning and afternoon Arran services. 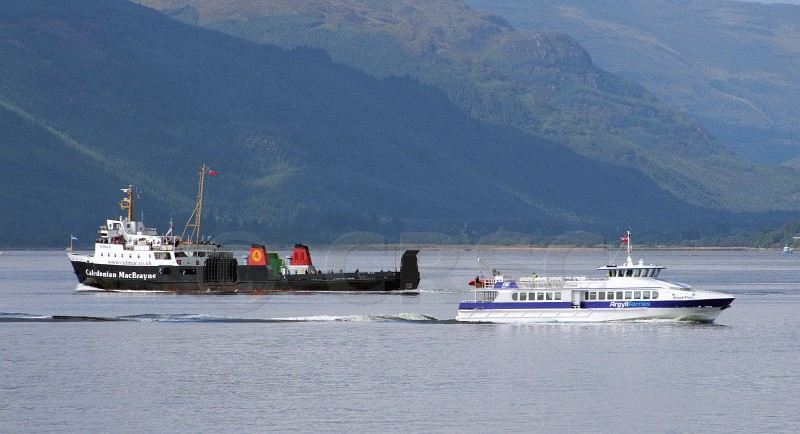 On Friday 26th, Argyll Ferries ran their normal service but on Saturday 27th, their own pair of ferries were joined from 1000 by SATURN. In addition, WAVERLEY also brought visitors to Dunoon firstly on her usual direct sailing from Glasgow, before doubling back to Helensburgh and Greenock to collect more passengers. On each visit, WAVERLEY used the old pier at Dunoon. 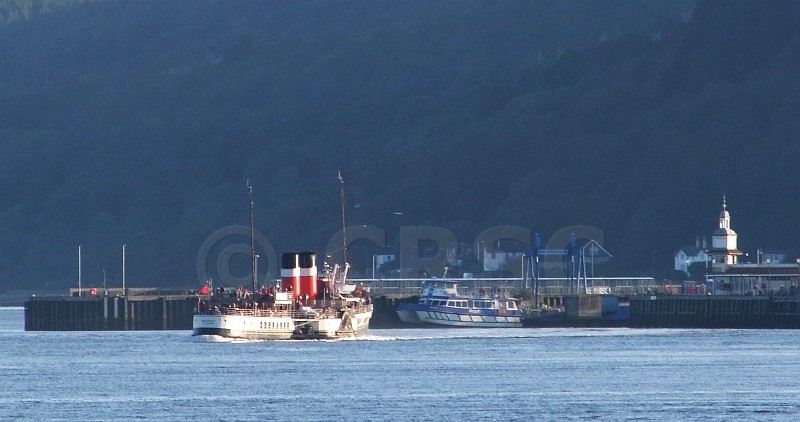 Western Ferries, meantime, had given additional sailings from Wednesday 24th and, on Friday night and much of Saturday, both of their larger ferries operated on a shuttle service to cope with traffic. In spite of prophecies of chaos, traffic heading to and from the Games appears to have flowed fairly smoothly throughout the entire weekend, whether on foot via Gourock Pier, or by vehicle via McInroy’s Point.

SATURN continued in service on the Saturday evening until taking the last run from Dunoon at around 2310. It is likely that, at least for the foreseeable future, this may turn out to have been her last stint of duty as she now faces a spell of inactivity at Rosneath, her future undecided for now.
We use cookies on our site to improve your experience. By continuing to browse the site, you are agreeing to our use of cookies. Accept Read More
Privacy & Cookies Policy